Field Art Projects have been working with St William and Dallas-Pierce-Quintero to commission an artist to create a major new large-scale work in the heart of Battersea, London.

Field Art Projects were appointed in spring 2012 to develop and deliver a public art strategy and programme for the University of Bristolâs residential site at Stoke Bishop, north Bristol.  The project culminates with the launch of Sarah Staton’s new work Edith & Hans this week.

Field Art Projects are advising the Design Team for the new Bristol Arena on their art strategy and the art programme being delivered alongside the building.

Is the future of public art online?

Join us on Thursday 17 June at midday for this fourth and final event in the series Assembly, an online learning and development programme for curators, producers and public art practitioners that explore issues and good practice in relation to the expanded field of public art.

Weâve spent the last year interacting with the world through our screens. Is this the point at which âpublic artâ becomes something that is primarily experienced through the digital world, rather than in the âphysicalâ world?

Has the non-hierarchical, expansive world of the internet overtaken the increasingly privatised and co-opted world of the âpublic realmâ? Can public art commissioning build on this expanded form of public space?

Is the future of public art online? is chaired by Siddarth Khajuria, Senior Producer at Barbican. Speakers include Soledad GutiÃ©rrez RodrÃ­guez, Executive Producer at st_age (TBA21), and Penny Rafferty, member, and co-founder of Black Swan DAO.

All Assembly events will take place in The Hall, UP Projectsâ digital participation space.  Sign up here.

Assembly has been developed by UP Projects in collaboration with Public Art Network UK (PAN) and is generously supported by The Art Fund. The programme has been put together by Jes Fernie, Elisabeth Del Prete, Theresa Bergne and Emma Underhill. 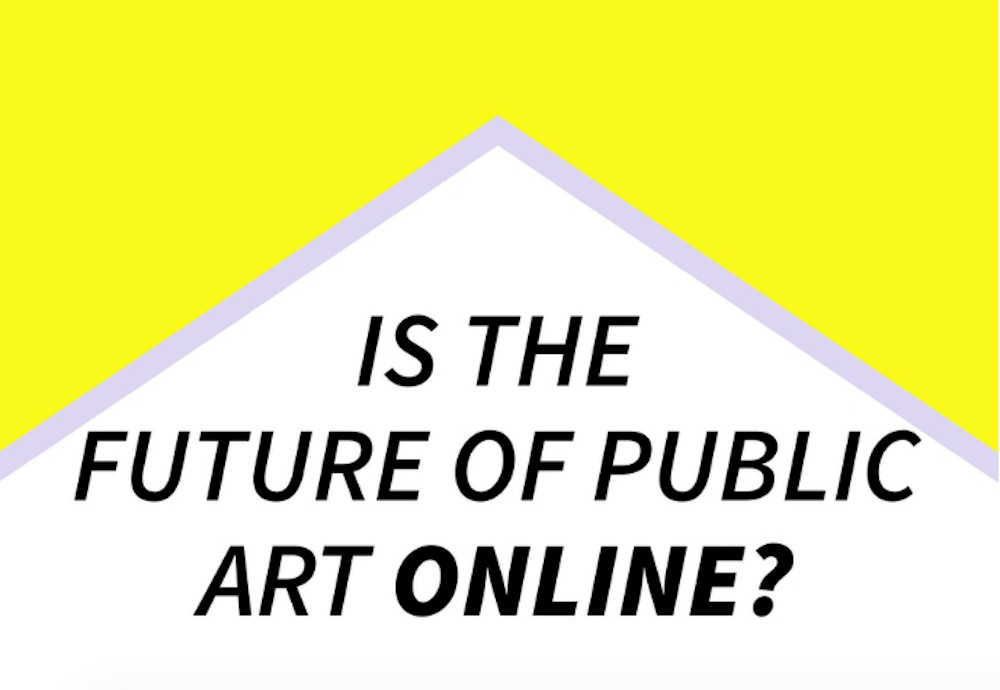